Welcome to Direct Strike’s beginner’s guide. If you are new to the game or if you want to read some tips on how to play better this is a perfect resource for you.

We’re going to talk about the standard 3v3 (or 2v2 or 1v1) format. The goal of this game is to build your units at the staging area and let them fight against your opponent’s units. You cannot control your units like you are used to in the basic StarCraft gameplay. You cannot order them to attack some units or to move somewhere. That is all done by the AI. But there are other things you can do:

The game deploys your units every 60 seconds (in 3v3). If your units haven’t been deployed yet you can sell them for 100 % of the price. If the unit has been in combat you can sell it for less amount of minerals.

And if you want to play it just log in to StarCraft II and choose Custom and search for “direct”. You should see plenty of games.

There are no workers like in the standard StarCraft game. You get a fixed amount of minerals per second and you can increase the income in two ways:

How To Tell Your Opponent’s Race

You can see it on the loading screen. But what if someone is playing as a random? There is a way to see the opponent’s race during the game. Just look at the opponent’s mineral patches. Every race has a different sign on one of the patches. 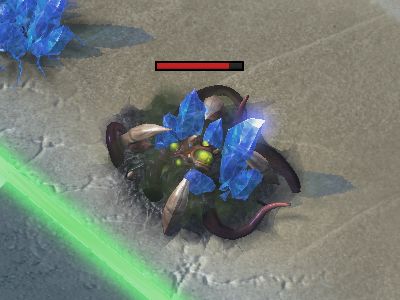 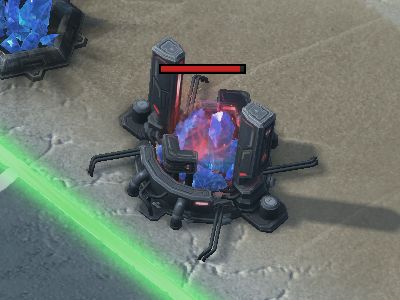 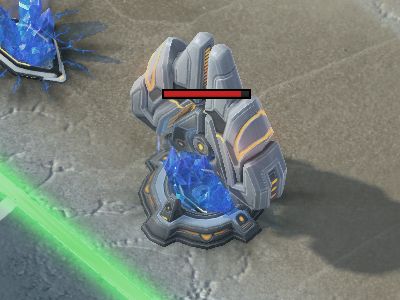 How to Build Units

Select your main worker/builder (or hit 1, your builder is in the first control group by default) and then select units to build or upgrades to develop in the panel on the right. Be aware that you don’t see all the units you can build. Sometimes you need to switch the unit by right-clicking on the icon. For example, if you right-click on the Roach you switch it to Ravager. There are more “secret” units:

In the beginning, you can build just a few units, the so-called tier 1 units. There are 3 tiers. You start at tier 1 and you can upgrade the tier 2 and tier 3. It costs money but then you have more units available. Tier 2 is essential because you get access to invisible units (Dark Templar / Ghost / Banshee / Lurker) and to units that can detect invisible units (Observer / Raven / Overseer). Moreover, you get access to a scan (all races get a scan, not just Terran). You can scan any place on the map including your opponent’s staging area. Be aware that it costs money to scan.

There is also a special tier 4 emerging after 25 minutes of gameplay. It does not allow you to build more units. It just upgrades all of your existing units. It’s usually favorable to develop it as soon as possible. After another five minutes, you can develop tier 5, etc.

When to Upgrade Units

In the game, there are many different upgrades. There are unit-specific upgrades such as Metabolic Boost for the Zerglings and there are general upgrades such as attack and armor upgrade. You need to have a specific amount of units to benefit from the upgrade. It makes no sense to have five +2/+2 Roaches. It’s better to spend the minerals on building additional units. Always upgrade your units if you have enough of them. You can do the math or just estimate it. But be reasonable.

So please, don’t build 10 Colossi with zero upgrades (yes I saw that) and don’t upgrade your five Roaches.

How To Open The Game

OK, you are in the game. What is supposed to be your first step? Do not build a gas! The most important thing is to hold the middle. You cannot win a fight if you spent some money on the gas and some money on units while your opponent spent all money on units. You will have fewer units and you will lose unless your opponent is stupid and doesn’t know the proper counters. You have more or less four options what to do:

What are some in general good Direct strike builds? Roach/Hydra! It can deal with almost anything. I’d say it is one of the most powerful build in DS.

When To Build a Gas

That is a serious question in this game. Often you see people rushing gases. The first thing they do is building a gas. This simply doesn’t work unless you get lucky and your opponent does something even more stupid. Remember: if you hold the middle, each member of the team gets a bonus income. If you build a gas only you get the bonus. Hence defending the middle is crucial. You should spend every penny to defend the middle in the beginning because that is what gives you the most money.

Usually, people that gas too much and too early are the ones with the lowest damage output. Because for most of the game they have fewer units. So, as a rule of thumb:

Be aware that the second gas is more expansive than the first one etc. while the bonus is still the same. It takes more and more time until the gas is actually paid-off.